Eurohorror of the Week: Dracula, Prisoner of Frankenstein (1972) 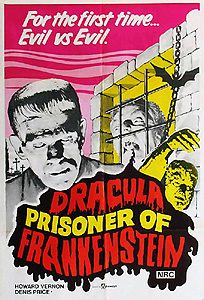 Never one to shy away from the big subjects, the weird and wonderful Jess Franco wrote and directed this supposed Clash of the Terror Titans. Already seen Al Adamson’s DRACULA VS. FRANKENSTEIN and Paul Naschy-fest ASSIGNMENT TERROR? Then you’re ready for DRACULA CONTRA FRANKENSTEIN! Also known as THE SCREAMING DEAD, this one finds Franco at his most abstruse, slapdash, and relentlessly zoom-happy, but it’s also much tamer in terms of content than many of his more ‘adult’ films. If you’re hoping for something along the lines of FREDDY VS. JASON, forget it.

A plot so thin that you’d need a quantum physicist to measure its width sees one Dr Seward (Alberto Dalbés) head up the misty mountain to the castle of Dracula (Howard Vernon) to rid his village of the scourge of the vampire count and his bride. In a change from the usual lore, these Nosferatu instantly transform into dead bats when staked instead of disintegrating spectacularly. Now there’s a surprise. But wait, who’s this? Why it’s Dr. Frankenstein (Dennis Price) of course, and he just can’t wait to reanimate his Monster (Fernando Bilbao) and bring back the old Prince of Darkness as an instrument of his own will, the first in an army of the undead that will help Frankenstein conquer the world. It’s down to brave Dr Seward – along with a random werewolf (Brandy), introduced in the last reel – to put the kibosh on his evil plan.

That’s about the size of it. A first viewing is difficult; aimless scenes linger on for what seems like an eternity, while the actors shamble across the frame like somnambulists. There’s HARDLY ANY DIALOGUE, perhaps around five minutes of it in the entire 82 minute (approx) film. What there is of this would be more accurately described as monologue. There’s no way to get a handle on the characters, the situation, to consider them as fully-realised people. No way to get a sense of where this is happening, or why you should care. Or indeed when this is, as suddenly we have Frank and Drac driving around in a modern motorised hearse when everyone else has been making do with horses and carts. And Bruno Nicolai’s theme for Franco’s COUNT DRACULA (1970) is great and all, but when you hear it recycled for the fourth or fifth time here whilst desperately trying keep your eyes open… 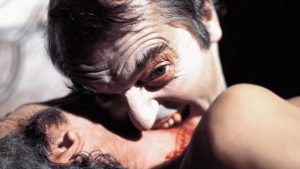 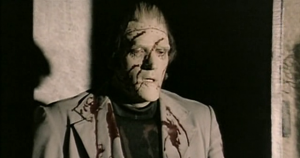 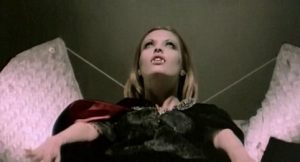 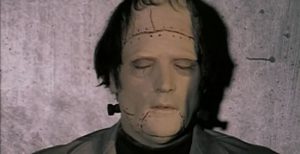 But then something strange happens on a second viewing. You’ve been there. You’re not expecting any dialogue, or plot points, or twists, or any of those fussy little things you usually expect from films. So you start to pay attention to what is there. You’re happy to stare at Franco’s sun-bleached compositions and wonderful choices of location, and float in a twilight world of crummy monster make-up, cobwebs, and model bats on strings. At a drunken, silenced Dennis Price, at one point having to support himself on a door-frame. He’s not acting. At a hero that spends most of the film either asleep or half-asleep. And you realise that the time is ticking by quite nicely, thanks, and that you’re actually watching a masterpiece of trash-art that has transported you to a world like no other. And you don’t need anyone to say anything.

If you’ve seen more than a couple of Franco films, then you’ll instantly identify Luis Barboo’s hunchback character as the ‘Morpho’ figure that inhabits so many of them, but he’s also fulfilling the ‘Igor/Fritz’ role here. Similarly, Price may as well be called ‘Orloff’, but that wouldn’t seem right with Howard Vernon, Orloff himself, running around being ‘Dracula’. Unfortunately, we never get to see the Count and the Creature duke it out, settling instead for Creature vs. Wolfman; which would be fine of course if only we had a reason to care about this cut-rate Paul Naschy, seeing as we’ve no idea who he is and he only turned up five minutes ago. Both Count and Creature are eliminated far too easily and unceremoniously – and not by the heroes, either. 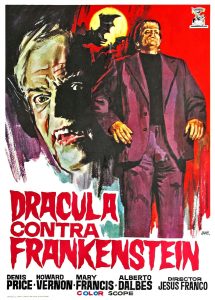 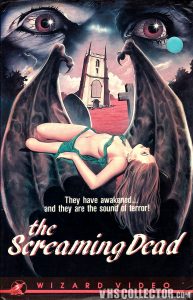 What was Franco thinking? I’ll tell you what he was thinking: “I’m bored of this one now and we’ve already spent all the money. When can we move on to the next film? Now that one’s gonna be great!” Or something along those lines. But what he left us with DRACULA CONTRA FRANKENSTEIN is a crusty old cobweb-strewn gem that deserves to live on video playback devices for as long as they’re still a thing.