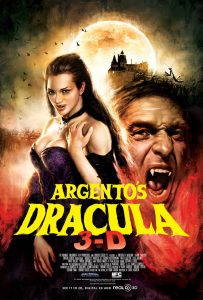 Most people who care about such things are completely dismissive of anything made by Dario Argento after the early eighties. In fact, this seems so ingrained among film writers and fans that one starts to wonder if it’s something learned by rote in film studies classes, or if young internet-informed brains are simply incapable of independent thought.

Whilst admittedly his later films do lack the magical quality of the earlier work, there’s usually some evidence of his deranged genius and exquisite cine-literacy on display; even the likes of MOTHER OF TEARS and, dare I even say it, GIALLO, have their redeeming qualities, even if it’s just in some weird twist of ambiance, one or two bravura set-pieces, or simply that they look and sound pretty.

That said, far from bravely trying to reclaim DRACULA as some misunderstood masterpiece, I’m unfortunately, and rather boringly, going to have to join the merry throng of naysayers when it comes to this one. I’m not going to bother relating the plot; suffice to say that it’s just the latest in a very long line of mangled, garbled approximations of Bram Stoker’s classic novel.

To start on a positive, Luciano Tovoli, master cinematographer of Argento-career-highs SUSPIRIA and TENEBRAE, provides some stunning, at times breathtaking, work here, particularly when out on location. However, probably due to the digital 3D process, the film has a distinct shot-on-video feel, providing a nagging feeling that DVD is where it belongs (if anywhere) and not on cinema screens; which indeed was the film’s fate in many territories including here in the UK.

German actor Thomas Kretschmann (from THE STENDAHL SYNDROME) gives it his all as Dracula, but just doesn’t have the framework to support his performance. The wonderful Asia Argento, returning to the fold once more, is as vivacious and sultry as ever in the role of Lucy (here ‘Kisslinger’ instead of Westenra), but sadly gets to do the sexy vamp bit for all of around thirty seconds before being consumed by z-grade CGI flames. Rutger Hauer as Van Helsing is, well, Rutger Hauer, but doesn’t have much to get his teeth into here. Unax Agalde’s Timotei-haired Jonathan Harker makes one feel nostalgic for Keanu Reeves’ ‘English accent’. Yes, really.

Something you can usually rely on from an Argento film is a great soundtrack. Sadly though, the usually excellent Claudio Simonetti also lets the side down with a synth-based score that’s so thoughtlessly generic and cheap-sounding that he might well have dashed it off in his lunch break. It certainly won’t be joining the roster of classic Goblin LPs, and I suspect that no amount of future coloured vinyl reissues will ever be enough to redeem it.

There was one aspect of the narrative that I did like, wherein certain elders are complicit in Dracula’s holding sway over the town. When you think about it, this would have to be the case for the whole arrangement to work, or the townspeople would be storming up the hill, burning torches aloft, on the first night. And from this we get our only decent scene; Drac calls together a group of said bigwigs, now dissenting, and wipes them all out in various creative fashions, save the one that has remained loyal. Here we get something of Argento’s characteristic flair and bravado, and we’re excited, if only for few seconds.

One element that has been decried at length is the Count’s ability in this incarnation to transform into insects and, in particular, the increasingly infamous ‘praying mantis’ scene. To be honest, I wouldn’t have minded this at all if the CG creature didn’t look slightly less convincing than something that you’d shoot at when playing Doom or Quake. The less said about the hilarious CG spider the better, and there are better examples of vampire disintegration in any given episode of True Blood. 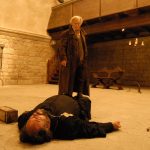 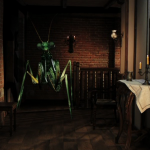 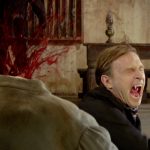 All of which touches on something of a Eurocultist’s dilemma. Would we all love this if it were made in 1970, shot on film, post-synched, and with practical FX? We’d likely be much more forgiving, to say the least. Look at Jess Franco’s EL CONDE DRACULA, for instance; it’s riddled with faults and pacing issues, but so many of us keep going back to it. But I guess this one wasn’t made in 1970, so we aren’t, and have every reason to expect better based on the director’s track record.

So, finally, the absolute nadir of a once-amazing career has been reached. But take heart, Dario, there are still some of us out here who haven’t given up on you just yet, and that this very column would never have existed without you. And, what’s more, the legacy of your earlier work is more than enough to have earned you our undying respect.