Eurohorror of the Month: THE LAST HOUSE ON THE BEACH (1978) 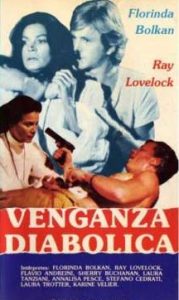 As its brazen American retitling suggests, the Italian LAST HOUSE ON THE BEACH does indeed follow in the sleazy and queasy footsteps of Wes Craven’s infamous 1972 shocker. And then some. With the Italian genre film factory decidedly on the downturn by this point, it’s a no-brainer that certain of their number would be more than happy to dabble in a profitable sub-genre that simply requires a bunch of actors in their street-clothes, a big house (maybe belonging to one of the investors or producers), and a couple of prop firearms.

Thus we have director Franco Prosperi’s answer to LAST HOUSE, known as LA SETTIMA DONNA (‘The Seventh Woman’) back on its home turf. Screenwriter Ettore Sanzo’s filmography also includes Lucio Fulci’s gangsta gorefest CONTRABAND (1980) and a previous Italian LAST HOUSE “response”: Aldo Lado’s LATE NIGHT TRAINS (aka NIGHT TRAIN MURDERS, 1975). Lado’s film (also released Stateside as THE NEW HOUSE ON THE LEFT and SECOND HOUSE ON THE LEFT) formed a solid answer to the Craven film and, for many, is easily at least its equal, avoiding Craven’s comic relief missteps and enjoying a more professional feel overall. Likely made exactly to follow up on LATE NIGHT TRAINS (both share a producer, Pino Buricchi), Prosperi’s film also has for the most part a more polished sheen, but you still might feel the need to take a shower afterwards. The big difference being that Wes Craven had something to say when he made his film, a vision he wanted to communicate; all Prosperi and Sanzo have to say is, “we want in on some of that LAST HOUSE ON THE LEFT rape-revenge cash, per favore.”

Late Eurocult fave Ray Lovelock (LIVING DEAD AT THE MANCHESTER MORGUE, AUTOPSY) is Aldo, a handsome hoodlum, who along with two less-handsome partners-in-crime, Walter (Flavio Andreini) and Nino (Stefano Cedrati), is on the run after a botched and bloody bank raid. Walter and Nino appear to have a combined mental age of eleven. A spot of car trouble means the trio needs to hole up somewhere fast, and the jackpot is hit when they happen on a huge, ornate villa containing five nubile female students under the care of one Sister Cristina, played by the film’s other big star, Florinda Bolkan (LIZARD IN A WOMAN’S SKIN, DON’T TORTURE A DUCKLING). They’ve been there barely five minutes before Nino has caved the escaping maid’s head in with an iron, and a gruesome ordeal of torture, rape, humiliation and murder begins for the women – an ordeal that will continue until there’s approximately ten minutes of running time left, ensuring there’s space to squeeze the ‘revenge’ part in at the end so that all’s right with the world and the original LAST HOUSE’s structure has been successfully mirrored. 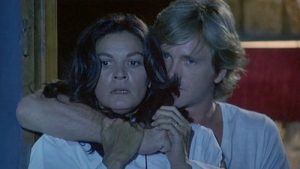 By virtue of being the good-lookin’ one and letting his two cerebrally-challenged friends do most of raping and terrorising (he also lies that he was just the getaway driver), Aldo manages to win the women’s trust at certain points; Prosperi tips us off early that he’s every bit as much of a scumbag as his cretinous comrades. He just happens to be a smarter, better-looking scumbag, and hence more crafty and cautious about everything. To be fair, such shades of grey are thin on the ground in the film’s American progenitor. But, for all this, Prosperi’s redux just feels like it’s going through the motions. Because it is. There’s very little plot or character development, aside from what you’ve just read, and the film just seems to lumber from one nauseating but banal scene to another.

Before we get to our few measly minutes of sweet revenge for all this, the film has one final coup de grâce of utter foulness to deliver, involving student Elisa (Sherry Buchanan of ZOMBIE HOLOCAUST), recaptured after an escape attempt. Involving her hitherto-intact hymen and drooling ugly-ass-thicko Walter with a big sharp stick. For Christ’s sake, guys. There’s just no need. It’s Elisa’s extremely upsetting death that finally serves as Sister Cristina’s turning point, setting her off on her bloody path of nunny vengeance. Nun or not, one would surely think she’d already been pushed beyond this point several interminable rapey scenes ago. 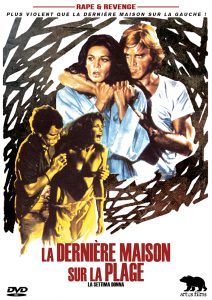 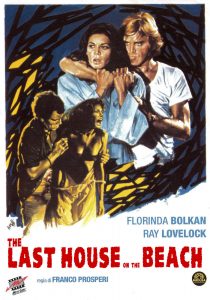 Aside from these atrocities we get some other, more entertaining, lapses of taste and judgement. The super-disco soundtrack from late veteran composer Roberto Pregadio (SATANIK, KRIMINAL) is, as they say, “mint”, if inappropriately funky for the matter at hand, but nothing prepares one for the scene where we’re introduced to the young girls. They’re all hanging out around a swimming pool stripping their bikinis off while a cover version of Roxy Music’s “Let’s Stick Together” blares on the soundtrack, but in place of Bryan Ferry, we have a poorly overdubbed vocal track with a different tune and lyrics. Apparently it’s Mr Lovelock himself singing this (it’s called “Place for the Landing”), but a combination of broken English and the fact that it sounds like he’s singing it to us from the other end of a six-foot metal tube doesn’t do his singing career any favours. Or the film.

Donna Summer’s 1977 hit “I Feel Love” forms Pregadio’s inspiration for the track that accompanies perhaps the film’s strangest scene. When our feckless fugitives discover that Cristina is in fact a nun, they force her to strip in front of everyone and change into her habit. The way this sequence is handled is absolutely bizarre, flashing between close-ups of Bolkan’s face surrounded by this strange heavenly glow, the appalled reactions of her student charges and the more salacious reactions of our villains, all to that Donna Summer disco beat. 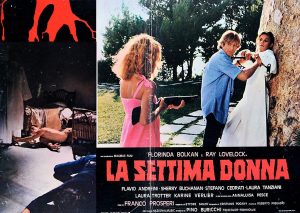 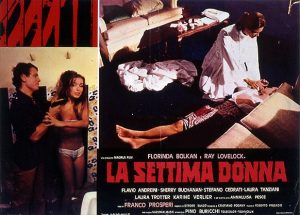 LAST HOUSE ON THE BEACH certainly isn’t the ordeal that Meir Zarchi’s I SPIT ON YOUR GRAVE (released that same year) represents, but it’s still a nasty piece of work and the eventual pay-off isn’t half as satisfying. As such, Prosperi’s film can only really be recommended in good conscience to either those on a mission to see every Italian genre flick ever made (a noble ambition) or seventeen-year-old edgelords. One thing’s for sure – an Italian THE HILLS HAVE EYES (1977) cash-in would have likely been a lot more fun.