Enter a House of Horrors with the Trailer for Forward 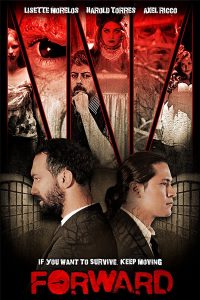 A spooky new trailer has been revealed for the Spanish-language supernatural horror Forward. From writer-director Henry Bedwell (Darker Than the Night), the film follows a pair of assassins who must face their demons in an abandoned hotel. The assassins soon discover that the hotel is far from empty and their darkest nightmares start to come to life.

The trailer boats an impressive visual style, where darkness and shadows work to craft a hellish world for these two assassins. Although some of the horror moments feel a bit familiar and predictable, the trailer is an impressive showcase of supernatural frights. It might remind some of you of Can Evrenol’s mad 2015 horror film Baskin, but not quite as nightmarish.

Forward will be released Digitally by Terror Films in North America, before a release across additional platforms this autumn.