Emily Blunt and John Krasinski Head to A Quiet Place

Variety is reporting that The (American) Office star John Krasinski and Golden Globe winner Emily Blunt will be co-starring in supernatural chiller A Quiet Place. 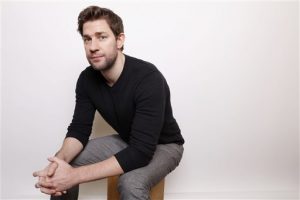 Krasinski is also lined up to direct the film for Paramount/Platinum Dunes, which will be his third feature as director. It will mark the first time he and wife Blunt have starred onscreen together.

Michael Bay will produce along with his Platinum Dunes partners, Andrew Form and Brad Fuller. Krasinski and Allyson Seeger will serve as executive producers alongside Scott Beck and Bryan Woods, who penned the script.

The film – for which plot details remain elusive at present – is due to go into production this autumn.