Following his wholly unnecessary Cabin Fever remake, director Travis Zariwny’s next project looks to be The Midnight Man, and is a whole lot more exciting. It’ll no doubt get far less press than his much talked-about Cabin Fever, but that’s often the way things work.

Zariwny is again working with his Cabin Fever producers Cassian Elwes and Frankie Lindquist for the film, which is currently shooting in Winnipeg. What makes The Midnight Man such a tasty proposition is its casting of Elm Street veterans Robert Englund and Lin Shaye. Reuniting for the first time since 2005’s hit and miss remake 2001 Maniacs, the pair previously starred alongside one another in both the original A Nightmare on Elm Street and again in Wes Craven’s New Nightmare ten years later in 1994. 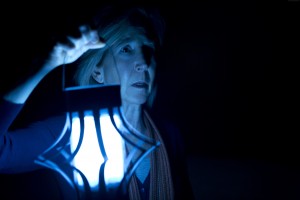 More recently, Shaye has become familiar to a new generation of fear fans, starring in the Insidious films, and is soon to be seen in Adam Rifkin’s meta-horror Director’s Cut. Englund is currently lined up alongside a number of fellow horror icons in Harrison Smith’s ‘Expendables of Horror’ Death House, now in production.