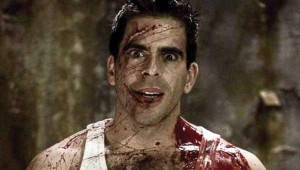 Now here’s a team-up for you. As reported by Deadline, Eli Roth is tipped to direct The House with a Clock in its Walls for Amblin Entertainment, with Jack Black set to star. The film will be the next project for Roth following his Bruce Willis-starring Death Wish remake.

The film is an adaptation of the 1973 novel by John Bellairs, which tells the story of a recently orphaned 10-year-old boy who, after going to live with his Uncle, discovers a world of hidden passageways, magic and danger in the old house. The film was scripted by Eric Kripke, who created long-running TV series Supernatural.

Brad Fischer and James Vanderbilt will produce along with Kripke. Production is pencilled in for the autumn.

Moving away from the bloody horror for which he made his name into more fantastical territory could be just what Roth needs to revitalise himself as a director, and what better home for such a tale than Amblin?