Eerie New Trailer for You Shall Not Sleep

A new trailer has been released for the Spanish horror-thriller You Shall Not Sleep and it’s a little bit spooky. Despite having no English subtitles, it’s still easy to embrace the trailer’s chilling atmosphere and visual style that is reminiscent of the films of Guillermo del Toro. 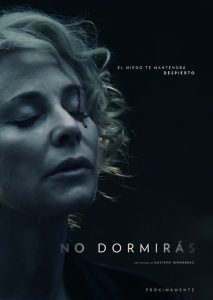 In an abandoned psychiatric hospital, a theatre group experiments with insomnia for the preparation of a stage play. With the passage of days without sleep, they reach new thresholds of perception that expose them to the secrets of the place and the energies that inhabit it. When Bianca, a young, promising actress, joins the cast, competing for the lead role, she must survive not only the intensity of the work and her cast mates, but the unknown force that is pulling them towards a tragic outcome.

With an eerie concept and a thematic blend of madness and the supernatural, You Shall Not Sleep looks like an impressive and nightmare-inducing genre feature. The film comes from director Gustavo Hernandez, the director of 2010’s creepy The Silent House and stars Belen Rueda, Natalia de Molina and Dev De Dominici.

At the moment, You Shall Not Sleep has a slated release date for 2018 in Spain.