Eduardo Sánchez is a Cuban-born American director known by genre enthusiasts as one of the Grandfather’s of Found Footage. A co-director of the terrifying 1999 thriller The Blair Witch Project alongside Daniel Myrick, Sánchez’s career has gone on to see him direct such films as Altered and Lovely Molly. Recently he directed a segment for V/H/S/2 titled “A Ride in the Park” and has also directed an episode of the TV series adaptation of From Dusk Till Dawn.

For his latest project, Sánchez is returning to the woods for EXISTS. A terrifying tale that follows a group of five youths as they head out to the woods. Whilst one of the group is intent on filming all the events on film with hand held cameras and go pros, they have a car accident but continue on their way to their cabin deep in the woods only to discover that it is situated in the natural habitat of a legendary monster.

To celebrate the release of the film we sat down with Eduardo Sánchez to discuss the film,  the importance of turning the creature into a character, and we ponder the chances that Bigfoot really does exist. 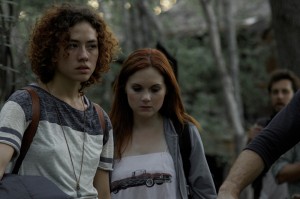 SCREAM: Eduardo, thanks for taking time out of your busy schedule to talk to SCREAM MAGAZINE about EXISTS.

Eduardo: Not a problem, thanks for the interest.

SCREAM: Exists sees you take on another found footage genre film. What brought you to the project?

Eduardo: Well, I’ve been a big fan of Bigfoot ever since I was a little kid. I’ve always been desperate to make a film about Bigfoot and the original footage inspired us. There have been three Bigfoot projects that we had in mind so it was clear that this was something that I felt very passionate about so it convinced me that this would be the thing to do. I always thought that the hardest part about having an idea is figuring out how to do it. So I took from the experience of making Blair Witch and I knew I just had to do it.

SCREAM: Most of our readers will know you as one of the directors of The Blair Witch project, so what can your fans expect from Exists?

Eduardo: It’s my found footage film like Blair Witch and it is the first found footage movie that I have done since. It sticks to the form of the genre and it’s really fun. It’s an action movie and you are taken along on the ride where you will come face-to-face with Bigfoot. You’re gonna see the creature and you’re going to have a lot of fun.

SCREAM: Where do you stand on the cryptic myth? Do you believe Bigfoot really exists?

Eduardo: There’s plenty of stuff out there in terms of evidence but you can never be sure. You know, when I was a kid I completely believed it. Thinking about it would always freak me out as I was terrified that it would break in through the window when I was in the house. I would always be ready to think fast just in case he would be standing there staring at me through the window, you know? Now there’s pictures, videos and all other stuff out there so who knows. I think that there is a possibility that something exists but I like the idea of this air of mystery about the legend and if Bigfoot exists or not. It is all very interesting to me.

SCREAM: Tell us about your cast… 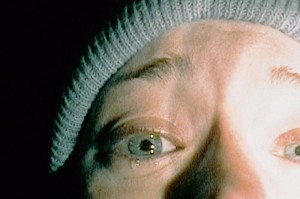 Eduardo: We cast out of Austin Texas and shot the movie near there. Brian Steele plays Bigfoot. Brian is known as the top creature guy like he’s my height and in real good shape so we just had to have him. So he came in and we built the suit around him. He’s an incredible physical actor and really took over the role with his Bigfoot personality making it his own you know. It was a really easy film to cast otherwise. We cast five other people out of Austin including Samuel Davis and Roger Edwards. Most of them are in LA now so I expect great things from them all.

SCREAM: So let’s talk more about your rendition of Bigfoot. After watching the film it is clear that your creature has a real sense of intelligence about it. Was this always your intention?

Eduardo: Yeah, you know I am a hugh Bigfoot fan and I do consider myself a part of the larger Bigfoot community. The big thing about our movie is how seriously we take the creature. We deal with the creature in a respectful and realistic way. We didn’t want to make him just a killing machine, we wanted the creature to have a heart. After all, it is a link to our ancestors in terms of the evolutionary arc of humans. So there is a part of the monster which is essentially human so for those who believe in the legend know that it hides so by it’s own nature it has to be pretty docile and basically avoiding all human contact. So for me there had to be a pretty good reason for it to interact with humans so there is a pretty clear event in the film that sparks it all. We wanted to create the idea that this thing could really exist and that it is real. We wanted it to think carefully about its actions so it was really important to turn it into a character and give it motives. It’s much more powerful than a human being, it’s not quite as smart but its not a mindless monster either.

SCREAM: After The Blair Witch Project, your installment in V/H/S/2 and now Exists, I’m starting to think that you don’t want people to embrace the great outdoors.

Eduardo: Maybe. The idea that this creature exists is realistic and it’s terrifying that there might be something this powerful out there that could attack people. I also feel like there could be a message that you should be wary when venturing out into the woods as you can’t be too sure that you’re alone. After all you could be encroaching on the natural habitat and that could end badly so watch out. In all seriousness, Exists is a fun ride and I think it’s fun to scare people so I’m hoping with this movie people enjoy themselves as we put a lot of work into it.

SCREAM: They will for sure. So what was it like to work with Jamie Nash again?

Eduardo: Great. We have a script for our next feature which he wrote so yeah we enjoy collaborating together. At this moment we have been working on a TV show which is exciting. We’ve worked together for a long time now and we’re always looking to do more experimental stuff and projects like VHS 2 and Exists are perfect for this.

SCREAM: So what’s next for you?

Eduardo: We are doing a feature this summer. It’s kind of a demonic possession film that we’re excited about. We are also working on some tv shows which will be shown later on in the year. I’ve directed a few episodes and I hope it does well. It’s something I’m very excited for. So yeah… 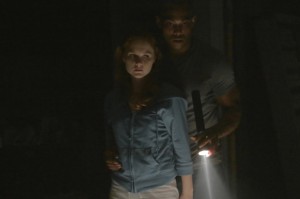 SCREAM: Fantastic. We wish you the best with them and we here at SCREAM will be keeping an eye out for them. Thanks again for your time, Eduardo.

SCREAM would like to thank Eduardo Sánchez for taking time to speak with us. Be sure to  check out Exists which is out on DVD across the UK now.