Edgar Wright’s Baby Driver may be the current talk of the town, but the director is still looking ahead to his next project. Wright is in the final stages of talks to direct a film adaptation of the 2014 Young Adult novel Grasshopper Jungle which follows 2 friends who unleash an unstoppable army of six-foot-tall praying mantises. Gross. 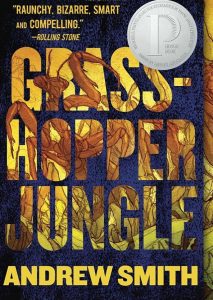 The novel is set in a post-apocalyptic world in the town of Ealing in Iowa, based on the novel written by Andrew Smith. The script for Wright’s possible film has been written by Scott Rosenberg, the scribe of the excellent High Fidelity, Con Air (one of the best action films of all time), the TV series’ October Road, Life on Mars and the upcoming Jumanji: Welcome to the Jungle and the confirmed horror-superhero film Venom.

We’re always excited about the potential for a new creature feature and Grasshopper Jungle sounds like a bizarre and unique concept; one perfect for the combined talents of Wright and Rosenberg. Hopefully, we’ll hear of a confirmation on the project soon, but for now, keep your eyes peeled for more as it comes!