Ed Skrein Cast as a Villain in Alita: Battle Angel 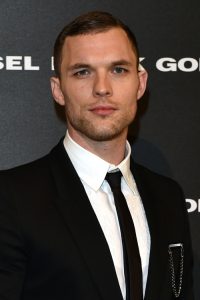 Ed Skrein (Deadpool) has been given another villainous role and this time it’s in Alita: Battle Angel. Alita is based on a manga series Gunnm and follows a female cyborg with amnesia, which will be played by Rosa Salazar. She is saved by a cybermedic expert – to be played by Christoph Waltz – who helps her to remember her past. At the same time, she becomes a criminal-targeting bounty hunter.

Ed Skrein is also set to star in the sci-fi thriller Tau from director Federico D’Alessandro and Anthony Byrne’s In Darkness. He may not have had the success he hoped when he replaced Jason Statham in The Transporter Refueled, but he is certainly finding a happy home within horror-thrillers.

Skrein joins the cast that also includes Jackie Earle Haley, who is said to be playing the role of a monstrous cyborg.