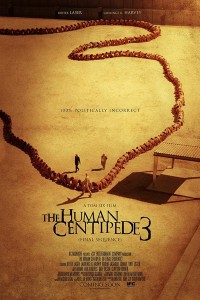 We’ve been given another sickening look at the latest string of nightmares in Human Centipede 3, with the first official poster.

The film that’s “100% politically incorrect” will be released in select theatres and on VOD May 22nd 2015.