EAT UP THE TRAILER FOR THE PLATFORM 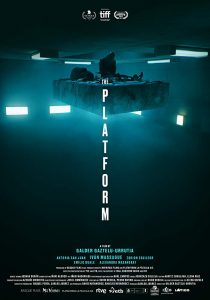 After its world premiere at the Toronto International Film Festival last year, Netflix acquired Galder Gaztelu-Urrutia’s acclaimed sci-fi horror-thriller The Platform, and the new trailer has arrived ahead of its streaming debut later this month.

The film is set in a future dystopia where prisoners are housed in a vertical prison and food descends from the top. If everyone only ate what they needed, there’d be enough for everyone—but of course, it doesn’t work out that way. As the inmates on the lowest levels starve, one man tries to change everything.

The Platform descends onto Netflix on March 20th, 2020. Whet your appetite by watching the trailer below.