Eat, Brains, Love Gets a Director

Based on the novel written by Jeff Hart, Rodman Flender has signed on to direct Eat, Brains Love. The story is described as a zombie road trip romance and follows a couple of zombies on the run. The full and hilariously silly synopsis can be read below:

The bad news: It is because they both contracted a mysterious zombie virus and devoured the brains of half their senior class. Now Jake and Amanda are on the run from Cass, a teen psychic sent by the government’s top-secret Necrotic Control Division to track them down. As Jake and Amanda deal with the existential guilt of eating their best friends and set off in search of a cure for the zombie virus, Cass struggles with a growing psychic dilemma of her own – one that will lead all three of them on an epic journey across the country and make them question what it means to truly be alive. Or undead.” 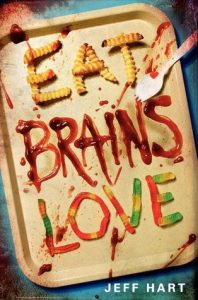 If the film does well, maybe we’ll also get a film adaptation of the sequel Undead with Benefits…

We love a good zomedy and think this could be a great companion piece to Warm Bodies and Life After Beth. If you’re feeling particularly inventive, perhaps pair it with Eat, Pray, Love.