A dreamy, eerie and beautifully atmospheric trailer has been revealed for The Invisible Guardian (El Guardian Invisible) and we have fallen in love with it. The trailer is in Spanish, but it effortlessly conjures a stunning, almost fairytale-like atmosphere that rings similar bells to Pan’s Labyrinth. It doesn’t matter if you can’t understand the dialogue because the cinematography speaks a thousand words with its haunting and skin-prickling depiction of a rainy town. The blue and green tones of the film are gorgeous and create a feeling of fantasy that is also prevalent in the ominous and soothing soundtrack. Check it out below. 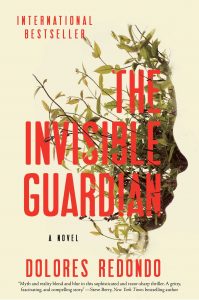 The Invisible Guardian comes from director Fernando Gonzalez Molina and follows Inspector Amaia Salazar as she returns to the town she was born to investigate a string of murders. She must confront the demons of her past in order to solve the crime that is plaguing the town’s present.

The film is based on the best-selling novel by Dolores Redondo and stars Narta Etura, Colin McFarlane, Miquel Fernandez, Elvira Minguez and Javier Botet. There are no UK or US release dates as of yet, but our Spanish readers can catch the film on 3rd March 2017. Lucky!