Dramatic International Trailer Released for A Cure for Wellness 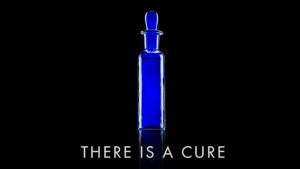 An intense and dramatic international trailer has been released for Gore Verbinski’s dark thriller A Cure for Wellness and it shows that images speak far louder than words. In the film, a young executive is tasked with rescuing his boss from a mysterious “wellness centre”, but is soon caught up in a world of sinister treatments when he loses his grip on his sanity.

The short trailer slowly builds with ominous fades to black and a slow zoom into a bathtub where Mia Goth has taken up residence. When the camera reaches the bath tub you’ll be horrified to see she’s sharing the tub with some unexpected…creatures.

Ringing similar bells to Lucile Hadzihalilovic’s horror-mystery Evolution, we love the look and tone of A Cure for Wellness. Its preoccupation with mystery and intrigue, rather than traditional storytelling is very impressive and we can’t wait to unravel the film’s secrets in 2017.

A Cure for Wellness will be released on 17th February 2017 and additionally stars Dane DeHaan, Jason Isaacs, Celia Imrie and Carl Lumbly.