Jane Levy first came to the attention of many as the lead in US sitcom Suburgatory, and has since gone on to be something of a contemporary horror star thanks to roles in Fede Alvarez’s Evil Dead and Don’t Breathe, as well as upcoming zombie action comedy Office Uprising. And the 27-year-old doesn’t look likely to be leaving the genre behind any time soon, having just been cast in not one but two horror series. 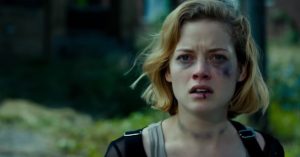 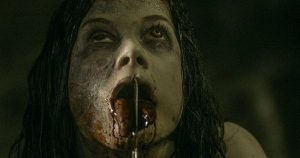 Levy has been announced to be starring opposite Moonlight’s André Holland in Hulu’s upcoming Castle Rock, the Stephen King multiverse series from King and J.J. Abrams. She will play Jackie, a self-appointed historian of the titular Maine town, which features prominently in a number of King’s works. Also freshly announced to star is Oscar-winner Sissy Spacek, who of course led one of the classic screen adaptations of King’s work as Carrie White in Brian De Palma’s Carrie.

Also on Levy’s upcoming slate is Amazon’s zombie comedy series Sea Oak. Described as “a mix of zombie drama and family revenge comedy,” it stars Glenn Close as Aunt Bernie, a meek, lonely woman who comes back from the dead after being killed in a home invasion. It is unclear who Levy will play, although it could well be one of Bernie’s two nieces, who live in the rundown housing complex of the series’ title.

Expect to hear more on both of Levy’s upcoming TV projects in the coming months.