Don’t Breathe to Invade Your Home in November 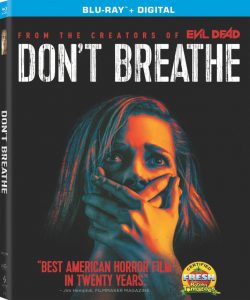 One of 2016’s most acclaimed horror hits, Fede Alvarez’s Don’t Breathe went down a storm with both audiences and critics upon its release. If you didn’t manage to catch it on a big screen however, all is well as a home release is just on the horizon from Sony Pictures.

The film, which reunites Evil Dead remaker Alvarez with star Jane Levy, hits digital platforms on November 8th, with a Blu-Ray and DVD to follow on November 29th. The releases will come with a load of bonus content, including eight deleted scenes with optional commentary and five featurettes taking viewers through the film’s sound and set design as well as introducing the cast and more. We’ll also get a feature commentary with Alvarez, co-writer Rodo Sayagues and actor Stephen Lang. 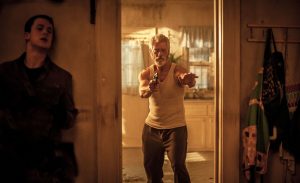 Don’t Breathe was written by Alvarez & Rodo Sayagues, and produced by Sam Rami, Rob Tapert and Alvarez. Levy, Dylan Minnette (Goosebumps) and Daniel Zovatto (It Follows) play a trio of young thieves who assume the home of a blind veteran (Lang) will be an easy target. The man is far more resourceful than the intruders had bargained on however, and displays a seriously nasty side.