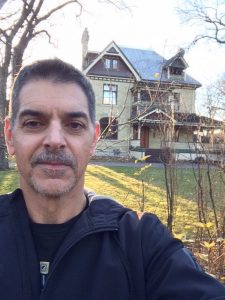 We have not had a confirmation of the seventh Chucky film yet, but we do know that director Don Mancini was writing the script for Chucky 7 some months ago. Mancini recently took to Twitter to reveal a picture from the set with the following: “Chucky is finally coming home!” He also tagged Fiona Dourif – who plays Nica, Chucky’s wheelchair-bound human daughter – as well as Summer H. Howell, Jennifer Tilly, and Alex Vincent.

If this isn’t a confirmation of the film beginning production, then I don’t know what is. The Curse of Chucky (film number 6) was a surprisingly enjoyable addition to the Child’s Play franchise, so we’re definitely keen to see more from the tiny killer.