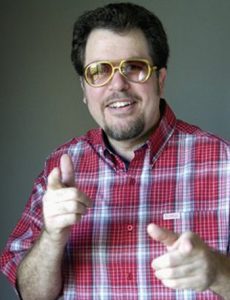 Released back in 2002, Phantasm director Don Coscarelli’s cult horror-comedy Bubba Ho-Tep became required and repeated viewing for me and my buds during our student days. The film stars Bruce Campbell as an elderly Elvis Presley (or is he?) who must team up with Ossie Davis’ John F. Kennedy (or is he?) to protect their nursing home from an ancient, soul-eating mummy. While the end of the film teased a follow-up, here we find ourselves, nearly 15 years later, and no Bubba Nosferatu: Curse of the She-Vampires.

Talking during a Reddit AMA session over the weekend however, Coscarelli was asked about the sequel and while he didn’t really confirm anything, it certainly sounds as though his plans for another Bubba Ho-Tep remain in place.

“I would love to do more Bubba Ho-tep and more Elvis,” the director said. “That was a film I really enjoyed making. We had it set up at one time with Bruce playing opposite Paul Giamatti as Elvis’s manager Colonel Parker. Unfortunately that one fell apart. Elvis is eternal, though. We’ll get it done one day.” 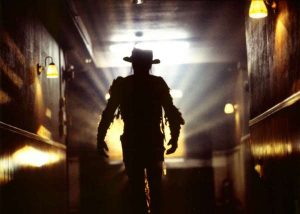 Prior to this, the last words on the project suggested that Bruce Campbell had dropped out, with Ron Perlman rumoured to be stepping into the Elvis role. It was then being billed as a prequel set in the ‘50s or ‘60s, with Elvis running afoul of a coven of vampires while shooting a film in Louisiana. Who knows where the story will go by the time the film makes it to screens, but Paul Giamatti would have been something.

Hail to the King, baby!