Check out this trailer for the Dolph Lundgren-starring Don’t Kill It, which comes from Big Ass Spider! director Mike Mendez. An official, HD version of the previously leaked trailer, it certainly doesn’t scrimp on the bloodshed.

A veteran of enjoyably lowbrow horror, Mendez is also the man responsible for Lavalantula, 2006’s The Gravedancers and 2000’s straight-to-video masterpiece (at least, according to this viewer) The Convent, a prequel to which he is now working on. 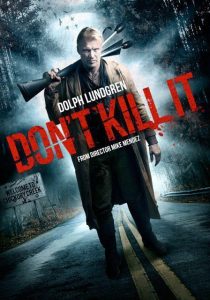 Don’t Kill It has its US premiere this weekend at Austin’s Fantastic Fest.