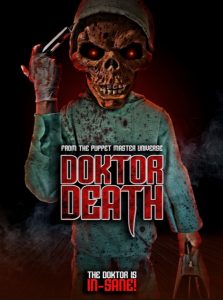 Introduced in 1999’s Greg Sestero-starring Retro Puppet Master, the puppet Dr. Death is getting his own spin-off movie from Full Moon!