Dogged to Scare on DVD on 9th July 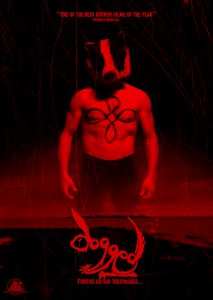 Richard Rowntree’s disturbing folk horror Dogged is making its grisly way to DVD and Digital on 9th July. The film marks his directorial debut and follows a man called Sam as he investigates the untimely death of his 10-year old sister Megan. His search begins after a reunion with his parents and estranged girlfriend, which takes place at the funeral’s location on a remote island. As the truth bears itself as more shocking than he wants to believe, Sam is forced to save the lives of those he loves and expose the seedy underbelly of the island.

Rowntree has previously worked in the art department for acclaimed films Star Wars: The Force Awakens, A Monster Calls and Ex Machina, so we’re expecting the film to be visually arresting, as well as eerie and distressing.

Dogged stars Sam Saunders, Toby Wynne-Davies, Debra Leigh-Taylor, Philip Ridout and Tony Manders. Be sure to catch the film when it is released on 9th July, courtesy of Left Films.