Documentary will Explore the Curse of Poltergeist 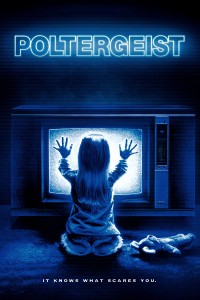 he apparent curse that surrounds the Poltergeist film franchise has been a tragic mystery for almost 40 years. In an attempt to solve the mystery once and for all, film-maker Adam Ripp is directing the documentary The Curse of Poltergeist to explore the heart-break felt by many when mysterious deaths plagued those involved with the film.

The film’s main focus will be Oliver Robins who played Robbie Freeling in the first Poltergeist film in 1982. When speaking about his part in the documentary the actor said, “It will be a journey into the unknown as I attempt to understand the meaning behind the tragedies surrounding the movie. It’s something that will hopefully bring closure to a dark chapter in my life.”

During the six years between the release of Poltergeist and its two sequels, four people met their grisly end. The first was Dominique Dunne – who played Dana Freeling – she was declared brain dead after being strangled by her boyfriend in 1982. Then Julian Beck, who played the evil Kane, passed away from stomach cancer in 1985. Will Sampson who starred in Poltergeist II died from kidney failure in 1987, after carrying out an exorcism on the film set. Finally, Heather O’Rourke who played Carol-Anne Freeling died during surgery in 1988; she was only 13 years old. The ‘curse’ was said to be down to the use of actual bodily remains in Poltergeist II and despite all these deaths having a ‘logical’ reason, it’s still an overwhelming amount of coincidences.

The Poltergeist remake from 2014 was also plagued by strange on-set occurrences; including lights flickering on and off and a lack of GPS signal around the house. It’s all too spooky to consider! The Curse of Poltergeist will begin unravelling the mystery when it begins shooting in November 2015.