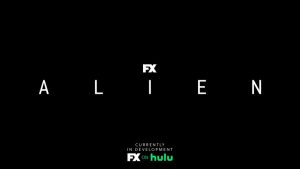 Disney is officially working on a TV series set within the Alien universe!

Announced at Disney’s annual Investor Day, the series is being developed by Noah Hawley (Legion) and will be available as an FX on Hulu offering. While we don’t know too much about the plot so far, FX has teased that we can “expect a scary thrill ride set not too far in the future here on Earth.”

Ridley Scott is in talks to executive produce the series, which is said to blend “the timeless horror of the first Alien film with the non-stop action of the second.” Scott, of course, directed the original 1979 Alien, in addition to 2012’s Prometheus and 2017’s Alien: Covenant.

More news about the series as we hear it!