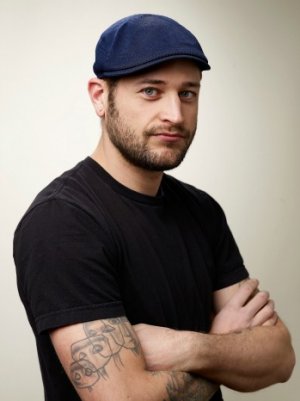 This week sees director Paul Solet’s unique and complex supernatural yarn, Dark Summer reach UK shores. The film follows teenager, Daniel Austin (Keir Gilchrist) put under house-arrest after stalking one of his classmates, Mona Wilson. With his mother away for the summer months on a long business trip, Daniel is cut off from the rest of the world. With the help of a couple of friends he does manage to find a way of getting online but a terrifying incident results in an ominous presence taking up residence in his home.

Also starring Stella Maeve, Maestro Harrell, Grace Phipps and Peter Stormare, Dark Summer releases theatrically in the UK this March 20th and will also be available via TheHorrorShow.TV on April 6th. In anticipation of the film’s release SCREAM’s Howard Gorman got to pick at director Paul Solet’s brain to find out all about his latest project and managed to dig out some interesting details regarding his involvement in the upcoming anthology film, Tales of Halloween…

SCREAM: I understand that this kind of film is not the typical subject matter you respond to. What was it about Dark Summer that jumped out at you?

Paul Solet: The first thing that really appealed to me was the team. Ross Dinerstein is a producer who I’ve been pitching back and forth with for a long time and he’s a real straight shooter. So I had a meeting with him and he told me he had this script that they were going to make in three months and they’d have a great deal of creative freedom and wanted me to do it. He sent me the script, which was called House Arrest at the time, and it had been a found footage movie earlier on and the first thing I really responded to was just how I remembered what it was like to be a teenager. Everything just seemed so important and terrifying and the stakes were so high. And then it was just a very subjective movie and it had a very clear point of view and a very interesting point of view because this guy has this arc to his perspective because his condition is declining over the course of the movie. I just thought it was really interesting that he had a few different things going on. He’s isolated and so had this kind of cabin fever element and then he has this other ambiguous, oppressive, emerald green force and you don’t quite know what it is. Is he losing his shit? Is he being haunted? Is it his medication? And then the film had some twists that I didn’t see coming and you watch a lot of horror movies and you often tend to see the twist coming. The writer, Mike Le, was also really good about working with me to fix that stuff and get that to a point where we both really felt confident that an audience would be excited about it instead of confused by it.

SCREAM: Something I really enjoyed was the fact the teens were much more amiable and authentic than in many horror movies. Was that all set out in the script?

PS: Well those things are always a collaboration. I think most of the credit for that stuff should go to the actors. The casting process was very important and I remember what it was like to be a kid and I didn’t feel like I acted like a kid and I didn’t appreciate being treated like a kid. So it was definitely important for me to not to do the typical 90210 six-pack abs kind of casting. I have nothing against that and people love that and it has its place but that just wasn’t it. I really looked for kids that weren’t quite kids; people that were really wise beyond their years and every single one of these actors is exceptionally great.

SCREAM: The only adult figure in the film really is Peter Stormare’s character. Was there any specific reason why there are no parental figures in the film?

PS: At one point in an earlier draft there had been parents but it was just irrelevant. I was a pretty independent kid myself. I moved out of my house when I was 17 and I think it’s an experience that’s very real and I think for these kids, with the economy that we had when we were making that movie, it just felt like parents have got their own shit going on. They are out working and making enough money to pay the bills or they are in the military or have their addictions or are getting divorced and so it was much more interesting to just be in the teenagers’ world. 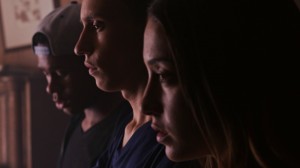 SCREAM: The film delves into the spiritual world. I know you researched things like demonology and there’s a particularly unusual Ouija type scene in the movie. How much of all that is based on things you discovered in your research?

PS: Oh all that stuff you see was definitely researched. You take some liberties of course because your primary duty is to make a fun story and a fun scene within it that makes sense within the story but I think it makes sense to start with something that is real and use that as your jumping off point. Often times you don’t even really need to go much further than what is real. Having some authentic texture was really important and we had artists like Jason Shawn Alexander and Ron Pippin contributing their work to the movie which was another incredible gift.

SCREAM: Apart from the spiritual side of things the film is very technology-heavy in terms of social networks and the like. I understand you were weary of films that featured a lot of technology so what made you decide to use it here?

PS: I’d just seen Spring Breakers recently and I was so impressed. It’s a premise that so many people would have dismissed because of what their preconceived notions about it would be but he did something incredibly interesting with it. That made me push up against my own closed mindedness about that kind of stuff and I really did find some things that I thought were really interesting.

One of the things I had always been weary of was movies that give themselves a shelf life by putting in very period-specific technology. Those films come out and everyone has like iPhone 4s or something and I know you have to lean into it and embrace the technology but we made our goal to make a movie that you could look at ten years from now and it would look like a tasteful period piece. Within that, we wanted to make sure that the choices we made for technology were not so much generic but that they weren’t so time specific that you are locked into this fleeting period. Part of that involved tying in a lot of retro technology like when they are playing Nintendo but not to the point that it was self-conscious and it became a really interesting design asset to the movie.

SCREAM: I also heard that you actually shot all the Skype chat scenes in real-time with various members of the cast in different rooms. That must have been a tough challenge to pull off, especially when some of those scenes involved gory special effects.

PS: Oh you did your research, thank you. Yes they were shot like that. We had to prep very quickly and we had a great team but it was challenging due to time constraints so I hadn’t actually met everyone in person. Anyway, I got a call from this guy on the phone and he was Billy Jackson who said he was going to be helping me with the media stuff. He was so knowledgeable that I assumed I was talking to the art director but it turned out he was an art intern and he was just out of film school and he ended up being promoted because he was just terrific. Basically he managed all the media stuff and helped prepare the graphics along with my friend Sergio and the two of them enabled us to have all those scenes happen in real-time. That was necessary for our schedule anyway, but being able to have that luxury meant that the actors were actually Skyping and they were working together and I could walk from one room to the next and work with them and it was terrific. 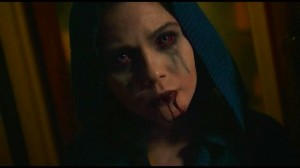 SCREAM: So we’ve talked about the teenagers but what was it about Peter Stormare that made him just right for the detective role?

PS: It is a very unusual casting choice and Peter is a friend of Ross’ and I mean, who is not a fan of Peter Stormare? That’s like an unfriendable offence if you tell me you don’t like Peter Stormare. It’s like telling me you don’t like puppies; not that Peter Stormare’s a puppy! Working with him was amazing and he is a pro. He approached this like it was a 40 million dollar movie and he did an incredible amount of work on his part. He took the time to work with me on every line and he was incredibly generous. He showed up on set and just elevates everybody. He is always smiling and has a great attitude and he would yodel when approaching the set. I just think it’s a great character he plays and it brought something really interesting to the movie. You can see how different that movie is with a more orthodox American probation officer in there but Stormare has a secret. I just always had a big smile on my face when I was around him. I don’t think there are any pictures of he and I where I don’t have a shit-eating grin on my face.

SCREAM: I know you have a segment in the Tales of Halloween anthology which I think is a Sergio Leone western type affair mixed with The Warriors.

PS: That’s exactly what it is, yeah. It’s so much fun getting to do something like that as I hadn’t done a short film in a while. We had no creative restrictions at all except that that we had to have some kind of Halloween theme in there. It was just such a great team with people like Neil Marshall, Darren Bousman, Mike Mendez and Lucky McKee. Basically they said I could do what I wanted so I thought about my cinematic fetishes and what stuff I probably wouldn’t get to do elsewhere and I love Sergio Leone and I love Walter Hill movies so I chose to do some kind of contemporary spaghetti western by way of The Warriors. I also used to be a bike messenger and I always loved bicycles, and  still do, and I’ve always wanted to film a bike chase so I thought we’d do all of these things. I think this anthology will work really well. People who are there for the gore are really going to respond to one segment whilst others will prefer something about ghosts or witches or whatever. Some of the segments are excellent. Lucky McKee’s is so unusual and interesting and Neil’s is just as you would expect from him and Mendez’ segment is a total gorefest. It’s a lot of fun and I’m psyched to see it all finished.

SCREAM: Thanks so much for speaking to SCREAM Paul.

PS: Oh my pleasure. Thanks for doing the research. Take care.

Dark Summer releases in UK cinemas this March 20th before becoming available at TheHorrorShow.TV on April 6th. In the meantime we’ll leave you with a trailer for the film. 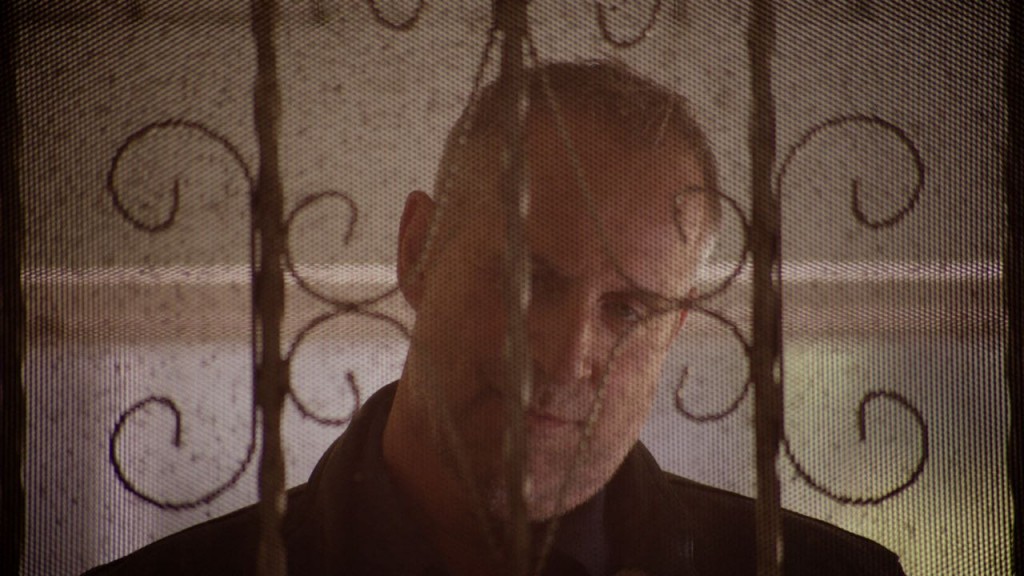