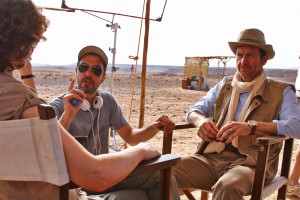 Today sees the release of the Alexandre Aja-produced horror-thriller, The Pyramid. This marks the directorial debut of Aja’s long-time cohort, Grégory Levasseur who co-wrote the likes of High Tension and Maniac so we should be in for a pulse-raising experience to say the very least.  Starring Ashley Hinshaw, Denis O’Hare, James Buckley, Christa Nicola and Daniel Amerman, The Pyramid follows a team of archaeologists as they discover a vast pyramid buried under the Egyptian desert. It’s not long before they lose their way in a complex labyrinth inside the pyramid and, if that wasn’t enough on their plate, they find themselves running scared from something hunting them down.

To celebrate the release we grabbed Grégory Levasseur to pick his brains all about his first gig sat in the director’s chair and he unravelled a few details as to the kind of scares in store.

SCREAM: How did you come across Daniel Meersand and Nick Simon’s script and what was it that made you decide this was the one for you as your directorial debut?

I really enjoyed the premise of the story, the idea of using a satellite to discover a buried site. It’s very interesting. And then the idea of having the horror movie taking place in the pyramid, that’s something also unique that I couldn’t find in any other movie. The tension, the anger, the survival instinct, all are the kinds of elements I’m looking for when I watch movies. I will admit – the script wasn’t totally ready yet – it still needed some work. There were good ideas, and it was something that I wanted to watch, and something that I wanted to direct. Something that I thought I could make work.

SCREAM: Although you’ve worked as First Assistant Director with Alexandre Aja on a number of occasions, this is your first directing gig. How has the transition been and did Aja, or anyone else, give you a helping hand?

We do so well working together, it’s been ten or fifteen years now, and we have been best friends since we were ten years old. So, it’s a collaboration that’s almost like a brotherhood, and a collaboration – he knows me and I know exactly how he’s going to do something, or what he’s going to say. This was my first movie, and because Alex knows me so much, he didn’t have any problem having me shooting the movie if he wasn’t there because he has the confidence in me. We worked on stories together, he was like directing and I was always shooting like an assistant director. So, I really get the position of a director. I was really well prepared to do my first feature and I felt very confident pushing to do it because that was something that I wanted to do, to have my own movie.

SCREAM: Truth be told, as far as horror goes, it’s been a long time since a similar setting has really sent chills down our spines.  How did you ensure The Pyramid would be the one to get the adrenaline pumping?

Obviously the claustrophobia aspect was very important. I always had part of The Descent as a reference. It’s a great movie with great scares. It’s important to see how scary and/or claustrophobic the movie can be. So I had that movie as a great example. It’s also a creature movie. There is a mythological aspect, trying to understand the beyond. I think the key to ambiance, the atmosphere of the movie, is to try to focus on the characters and be close to them, and to be with them when they discover things.

SCREAM: How much of the plot here is based on actual mythology and how much has come from the minds of the writers? How much did you get involved in the script once you were on board?

When I received the script they were very excited by the project. I received the script in the early days, when we weren’t dealing with producers. In the first draft, there was a creature, and it was chasing them in the pyramid. We didn’t know what it was. It was like a background story, it was pretty simple, like a creature movie. I was thinking it was like a shame to do a horror movie in a pyramid and not play with things like the history. I think it’s just fascinating stuff. For me it was something important. You can’t do a movie inside a pyramid and not play with the mythology, and creating and investigating the characters in that quest. I looked in history books and did some research to see what kind of creature, what could be hidden in that pyramid, who can kill them. So, for me, that was the kind of creature I wanted to see in the movie. So we tried to work on that, and we came up with a lot of good ideas, and we did lots of work.

SCREAM: What have you got in line next? Will you be joining forces with Alexandre Aja anytime soon or has The Pyramid shown you that it’s time to start directing more projects yourself?

The Pyramid is unleashed in cinemas today and we’ll leave you with the trailer to whet your appetite: 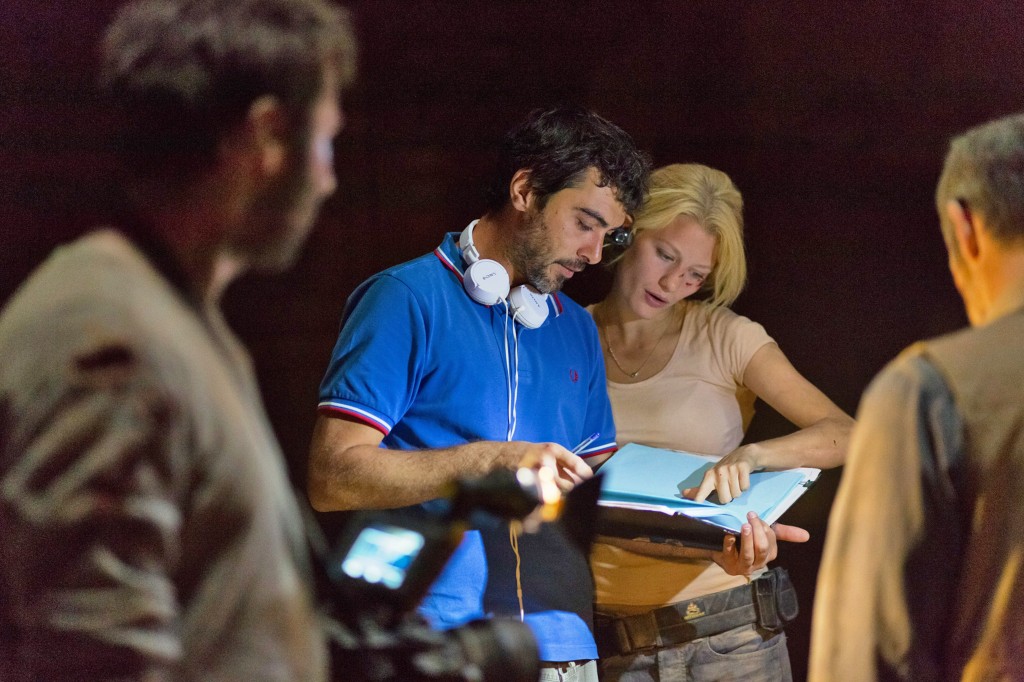