With the announcement that Jason Flemyng’s directorial debut Eat Local will be premiering at Horror Channel Frightfest comes a handful of new stills for the Brit horror-comedy. 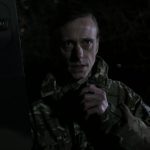 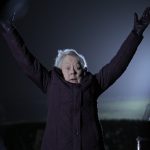 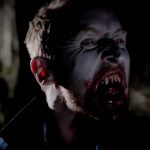 The film centres on Essex boy Sebastian (newcomer Billy Cook), whose promise of a night of passion with a seductive older lady becomes a fight for survival when she takes him to a secluded farmhouse to meet her friends, who happen to be a coven of hungry vampires. Unbeknownst to them, a heavily armed band of mercenary vampire hunters are on their way to crash the party.

While probably best known for his work with Guy Ritchie, actor Flemyng has a long history with horror, having starred in the likes of Deep Rising, Mirrors, Seed of Chucky and George A. Romero’s under-appreciated Bruiser.