Dennis Iliadis has very quietly worked on a film for Blumhouse. Titled Delirium, the film will follow a man who is released from a mental institute and moves to an inherited mansion, believing it to be haunted. The film seems to beg the question: Is it really haunted or is he just crazy? 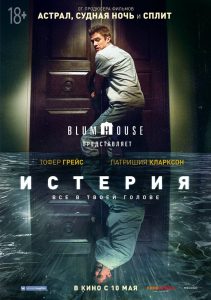 Synopsis:
A man recently released from a mental institute inherits a mansion after his parents die. After a series of disturbing events, he comes to believe it is haunted.

Iliadis most recently directed 2013’s +1 and also directed the 2009 remake of The Last House on the Left. His film He’s Out There will also be released later this year, so he’s been busy!

Delirium stars Topher Grace, Genesis Rodriguez and Patricia Clarkson. The film will be released on DVD on 5th June 2018.