Demons run Amok in The Curse of Sleeping Beauty Trailer 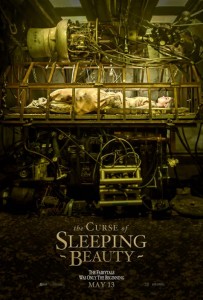 The screen has played host to any number of fresh takes on the Brothers Grimm’s fairytale classic Sleeping Beauty in recent years, but few as sinister or unique as The Curse of Sleeping Beauty looks to be. Premiering at the Brussels International Fantastic Film Festival on April 8th, the modern retelling will reach selected US cinemas on 13th May, followed by a VOD and iTunes release May 17th. Before then, behold the dark, demonic majesty of this stylish trailer.

The film stars India Eisley (Underworld: Awakening, Headspace) as Sleeping Beauty, AKA Briar Rose, and Nothing Left to Fear’s Ethan Peck as Thomas.

“Thomas Kaiser inherits an ancestral mansion that has been in his family for generations — only to learn that he has also inherited an ancient curse stemming back to the Crusades. Forced into his new role as “protector” — the guardian appointed to keep the evil demons in the house at bay — 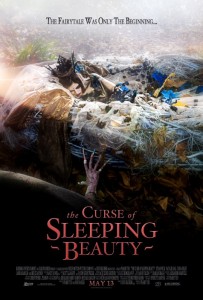 Thomas teams with an ambitious local realtor (Natalie Hall, “True Blood”) and paranormal cleric (Academy Award nominee Bruce Davison, “X-Men”) to unravel the mystery of the house, while struggling to awaken the beautiful Briar Rose, held captive in a terrifying netherworld seen previously in his dreams.”

“When working on creating this specific vision of Sleeping Beauty, it’s always been my intention to try something that’s never been seen before,” director Pearry Teo told THR when the project was announced. “We’re drawing on varied things like Silent Hill, Pan’s Labyrinth, The Cell and Insidious for inspiration, but we are creating something that will be very unique, both visually and in terms of storytelling.”