Demon Knights Will Fall in Slayer

Described as ‘Gladiator by way of Quentin Tarantino’, Joel Dorland’s spec script Slayer has been plucked from the Blacklist script site, and it sounds baaaadass.

It tells of a humble fisherman who trains for 20 years to become the greatest warrior alive and seek vengeance, after four demonic knights destroy his village and kidnap his wife. I know, right? 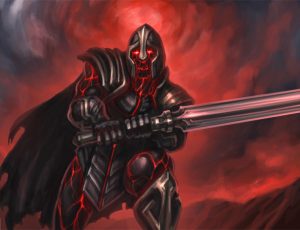 The script was picked up by Hitman producer Adrian Askarieh and producer of upcoming crime drama Brighton Beach, Giulio Marantonio. The duo are putting their full weight behind Slayer, planning to widen its story offscreen in the form of a graphic novel which will be published and sent along with the film script to financers. They have already approached comic writer Tim Daniel (Enormous) and artist Christian DiBari – who is currently working on Magdalena for Image Comics – to begin work on the story.

No director has been named yet, although the search for one has reportedly begun. This could be one to keep an eye on.