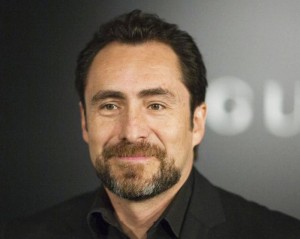 We’re still reeling from the news that Noomi Rapace will not be returning as Elizabeth Shaw in Alien: Covenant. The news came at the end of January and was a surprise because Ridley Scott had previously confirmed that she would appear in the sequel, but only for a minor part. However, she is now officially out of the project.

Demian Bichir, however, is far from out as he is the latest actor to get on-board. Bichir was most recently in Quentin Tarantino’s The Hateful Eight, but has also featured in Machete Kills and the TV series The Bridge. Bichir will join Michael Fassbender who is reprising his role as the synthetic David, Katherine Waterston who will be the new female lead, Daniels and Danny McBride is also set to star.

Synopsis:
Bound for a remote planet on the far side of the galaxy, the crew of the colony ship Covenant discovers what they think is an uncharted paradise, but is actually a dark, dangerous world — whose sole inhabitant is the “synthetic” David, survivor of the doomed Prometheus expedition.

Alien Covenant: will be released on 6th October 2017.