The Conjuring universe is ever-expanding and The Nun is set to be the fifth and far-from-final addition to the franchise that began with The Conjuring in 2013. It was great news to hear that The Hallow’s Corin Hardy had been announced as the film’s director; giving him the opportunity to bring us some more horror before – hopefully – we get to see his reimagining of The Crow. 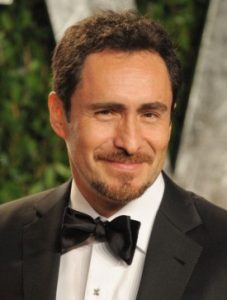 Demian Bichir (pictured right) has now joined the cast of The Nun and is set to play the role of a priest who is called from Rome to investigate the strange death of a nun. You will probably recognise Bichir from The Hateful Eight, Machete Kills or the TV series The Bridge, but his next role will be in the anticipated Alien: Covenant.

The plot details for The Nun are very vague at the moment, but we do know that the film should be with us on Friday 13th July 2018. The fourth Conjuring film, Annabelle: Creation will be released on 11th August 2017.