Dee Wallace Dreaming of a Red Christmas in New Trailer

Horror icon Dee Wallace leads the festivities in seasonal slasher Red Christmas, which is headed for Montreal’s Fantasia Film Festival this month. This new trailer has just arrived, and its halls are decked with retro awesomeness.

The comedy horror sees Wallace trying to save Crimbo for her family when an uninvited stranger turns up, intent on ruining the happiest time of the year for everybody. Wallace is joined by Geoff Morrell (Rogue), Sarah Bishop (Crushed) and Comedy Inc.’s Janis McGavin.

A troubled matriarch must defend her family when a mysterious stranger turns up at her secluded country mansion on Christmas day. A day of celebration becomes a night of terror, as the stranger reveals a secret from the family’s past, and threatens to destroy their future. 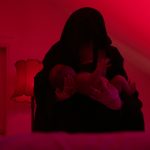 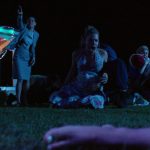 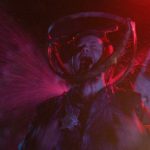 Red Christmas is the feature debut of Australian writer/director Craig Anderson, who chatted with Scream for an interview you can read in the current issue. It was received well at its world premiere at the Sydney Film Festival in June. Following Fantasia, the film’s next stop is London’s Frightfest in August.