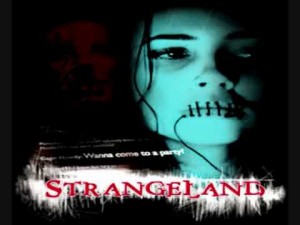 It seems Dee Snider may finally have gotten his Strangeland sequel off the ground. The Twisted Sister frontman and all-round good dude directed the 1998 rock n’ roll nightmare, as well as starring as torture-happy sadist Carlton Hendricks, aka Captain Howdy (a moniker borrowed from The Exorcist’s subliminal demon).

Christopher Petzel, CEO of Strangeland rights owners Emaji Entertainment, posted a picture on his Instagram yesterday of himself stood with Snider, wife Suzette and Oscar-winning sound mixer Tom Curley. The tweet read: “We’re going to Strangeland!” Snider retweeted, adding “And so the Strangeland sequel team begins to be built…”

As well as Snider, Strangeland starred Kevin Gage (May, Fear Clinic), Jacob’s Ladder’s Elizabeth Peña and Amy Smart (Crank, Mirrors), as well as a certain Mr. Robert Englund. It also featured a soundtrack that pitted established metal acts such as Megadeth and Pantera against (then) rising bands including Coal Chamber, Soulfly and System of A Down.

This tentative synopsis for a Strangeland sequel appeared a few years back, and may still provide a template:
One year after Carleton Hendricks aka Captain Howdy’s sadistic rampage, much more than the physical scars the schizophrenic, sexual sadist gave his victims are left behind. Their lives, destroyed by emotional torment and the media frenzy surrounding the crimes, Detective Mike Gage, his daughter Geneveve and vigilante Jackson Roth (Robert Englund) each have their crosses to bear. But when the badly burned and mentally broken Carlton Hendricks is taken from a state run mental hospital and off his medication by billionaire, media mogul, Morgan LaForce, leader of the body modification/fetish haven called “The Torture Garden”, the door swings wide open for each of Captain Howdy’s victims to find closure… and retribution.