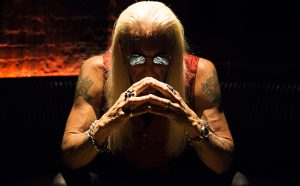 It’s been 18 years since Twisted Sister frontman Dee Snider wrote and starred in Strangeland, and he’s talked regularly about a follow-up ever since. He’s opened up once again about the project, and while it all still seems up in the air, Snider certainly has not given up on it.

Back in 2010 it was rumoured that a sequel had begun filming under the title Strangeland: Disciple, with Snider and Englund both reprising their roles. Quite clearly, that never happened, and last summer Snider announced that a remake of the 1998 film was instead being put together. Then, early this year, Christopher Petzel, CEO of Strangeland rights owners Emaji Entertainment, posted a picture on his Instagram of himself and Snider. The tweet read: “We’re going to Strangeland!” Snider retweeted, adding “And so the Strangeland sequel team begins to be built…“

Since then however, the trail once again went cold. Talking to IconvsIcon last week, Snider expressed his frustration at the struggle to get a sequel moving. “I don’t know what the hell it is with that thing!” he told the site. “That whole experience could be a documentary in itself — The Making of Strangeland 2. [laughs] What the fuck?! That is what it would be called, ‘The Making of Strangeland 2: WTF!’ There are a lot of creative properties I am looking to explore.”

Snider revealed that a sequel was given the go-ahead even before the first was released. “It was greenlit back in 1997 before the first one came out,” he says. “It was greenlit, a script was written and we were in the earliest stages of preproduction when the company got indicted by the federal government! I hang out with the best people! [laughs] At that point in time, all the properties were seized and we’re tied up in the court system for seven years. It took me seven years just to get my property back and at that point it was 2004. So, the script was there and now I’m just trying to find a production company and the financing to do it!” 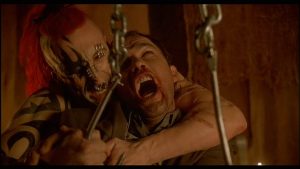 While Strangeland pretty much bombed at the box office, the excitement among fans for a sequel is undeniable, leading Snider to consider a different route to getting it made. I’m at the point where I’m thinking about it more often,” he admits. “So many people ask me about Strangeland 2. Someone asked me, ‘Well, why don’t you crowdfund it?’ I’m thinking, ‘Good point!’ if people want this movie so bad, and it seems like when I go to these horror conventions and it seems like everybody wants it, maybe that is the route to go. Maybe this coming year, heading toward the 20th anniversary, what sounds like the right amount of time between funding it, filming it and releasing it, I will see if the audience wants to put their money where their mouth is and join me in this journey!”

Watch, as they say, this space.