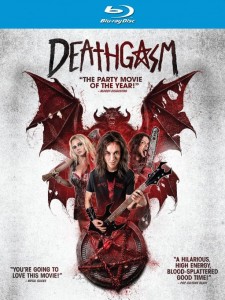 Dumbest horror news of the day comes courtesy of those all-American of moral guardians, Walmart. Clearly disapproving of both the title and imagery, the chain have forced Deathgasm’s distributors to provide alternative artwork for the awesome metal ‘n’ gore epic.

Jason Lei Howden’s film slayed festival audiences last summer, garnering universally favourable reviews and becoming one of the most talked-about horrors of the year. Its mix of over-the-top splatter, riotous comedy and heavy-freakin’-metal made it a fixture on 2015’s Top Ten lists and it goes without saying that we at Scream are big fans. 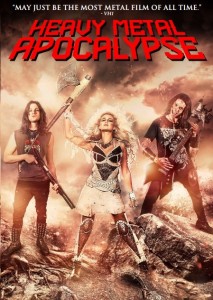 The same cannot be said of Walmart, who’s DVD sees the title changed to the far more generic if not entirely ill-fitting Heavy Metal Apocalypse, and all signs of pentagrams wiped out in favour of – and here’s the kicker – a shotgun! The Land of The Free, where adolescent Satanic scribblings are evil and corrupting, but guns are fine and dandy. Walmart do sell such items, after all.