A trio of new posters have been released for Netflix’s upcoming live-action reimagining of Death Note. They showcase the three main characters L, Light and Mia who are intertwined in the dark story of life and death. Check them out below. They are ironically black and white, because the events that unfold in Death Note are anything but simple. 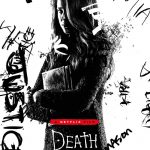 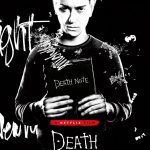 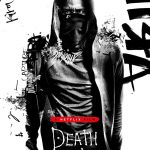 Adam Wingard (You’re Next, Blair Witch) is directing the film which follows a student called Light (Nat Wolff) who finds a dropped Death Note; a notebook that kills the people whose names are written in it. A Shinigami – death god – called Ryuk (Willem Defoe) joins Light on his journey of death and destruction, while a mysterious detective called L (Lakeith Stansfield) pursues him.

Check out the recently released trailer for the film below, which shows the consequences that follow when Light tries to play God. Death Note will hit Netflix on 25th August 2017.