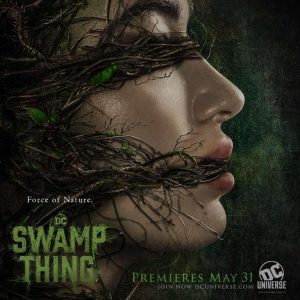 The first season of Swamp Thing has literally only just begun, and DC has already pulled the plug.

This decision follows earlier reports that filming on the season finale shut down early, signalling a troubled production. While there’s currently no consensus on why the show was canned, some speculate that concerns over the DC Universe streaming service’s struggling subscriber counts may have been a factor. Other sources suggest both creative differences and multimillion-dollar losses as a result of a rebate issue.

Following its premiere on May 31st, Swamp Thing received positive reviews from critics and fans alike, so it’s a real shame to see it swimming away so soon. Will this deter DC from pursuing more horror programming? If this is how they treat their horror content, that might be for the best.