A new sci-fi horror anthology series is in production from the directors of Circle; a pretty intense horror that follows a group of 50 strangers who are forced to choose one person to survive. It’s on Netflix and it’s well worth watching; it’s surprisingly gripping for a film about people standing in a circle and it has more surprises than you might think. 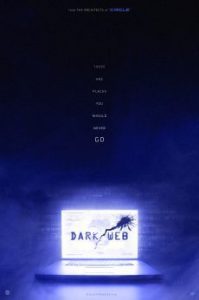 Dark/Web is in production courtesy of Felt Films and the various stories will be connected by a group of young adults that live in a technologically-connected future. They start to receive cryptic emails from a woman who has been missing for months and they feature different tales that will lead into the various segments of the film.

There are plenty of technology-fearing films and TV series at the moment; Dimension 404 is soon to be unleashed on Hulu and recent films like Unfriended and Friend Request warn about the dangers lurking online. Will anything be chilling enough to fear us off the internet? I doubt it.