Synopsis:
Daniel Austin, a 17 year-old student, does not get to enjoy his summer like everyone else. After being put on house arrest and banned from any connection to social media, while his mum is away on business, Daniel is left alone in his claustrophobic home while trouble starts to knock from inside the house after a bizarre encounter with Mona.

Early on it creates a great atmosphere effectively using its tiny budget, but unfortunately the goodness ends there. What follows is a good idea for a narrative with characters shoehorned in to serve its narrative, not the other way around. The characterless characters devoid of any personality and even an idiosyncrasy panic their way through a narrative that is typical of supernatural horrors, but is strong enough on its own. It is hard to compliment the narrative when the characters do not complement it, forcing the viewer to grow resentment for the film as the vacuums suffer the haunting. After noticing the characters are cardboard cut-outs placed in the story for the correct moments, you start to notice the poor technique and craftsmanship that follows.

The camera floats around with a supernatural quality at times for no discernible reason. Nothing is gained by this stylistic image choice except nausea and a hatred for the colourist. To counter its low budget where it cannot show you the horror, it spins the camera and frenetically cuts to avoid it, but every audience member will know that it does not come from not wanting to give you the sadistic pleasure of showing the horror, it simply cannot afford to. Ambition is critical, said Dylan Thomas, which is true for filmmaking, but know that with ambition comes budget. If it cannot be done justice, it should not be done at all. It weakens the audience’s involvement with the film entirely, drawing them away to realise the errors, to make snide remarks, to scoff at it. Horror should be difficult to watch for an entirely different reason to why Dark Summer is.

To avoid being wholly negative on the film, the director’s choice for the music is admirable throughout. It really lends to the atmosphere which Dark Summer does have some control over at times. When it loses that control, it loses the audience and itself in narrative moments that would be better placed for finding out the characters. As it dips in and out of a man’s consciousness, questioning reality and fantasy, rarely anything is gained in the fantasy asides. For example, a fever dream feels like filler because they either did not know their characters or they really did not have any to begin with. Although the atmosphere can be a positive of the film, sometimes it can draw cynicism as it is sometimes not earned. Silence in horror movies is powerful, but Dark Summer feels like it remains silent because it does not have much to say; mostly its mouth is too busy doling out mostly unnecessary exposition. That silence creates atmosphere which is ruined by an unaffordable moment or a moment that really lacks any sense.

Although it is too early to tell, it does feel like Dark Summer will be a contender for one of the weakest horror films of the year and that’s because of its squandering. The narrative has potential to trick the audience with a nasty surprise much like Sinister. Instead it becomes a half-enjoyable, half-irritating rug pull from most run-of-the-mill thrillers that pride themselves on a final reveal more than anything else. When the most important thing your characters have to say is exposition, rewrite the script. In addition to the lack of character, the director Paul Solet tries to make up for it with personality in his direction. The problem with that the personality fails to add to the final product, creating a straight-forward, exhausted 81-minutes that fails to show horror nor do anything really new, interesting or even scary. 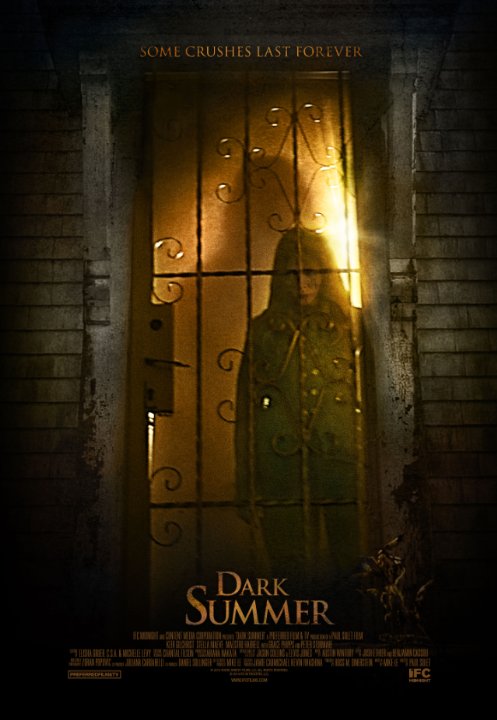