The Dark Stranger Approaches in this Awesome Trailer 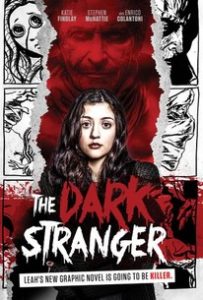 A graphic novel develops a sinister hold over its creator in Canadian chiller The Dark Stranger, which is now available on VOD in both Canada and the UK. Check out this stylish trailer, which works comic art into the action, and features some cool practical effects and truly creepy moments.

The film marks the feature debut of Toronto-based writer/director Chris Trebilcock, and was produced by Glen Wood and Paula Devonshire, who produced both Diary of the Dead and Survival of the Dead for George Romero.

The Killing’s Katie Findlay plays Leah, a troubled young artist who becomes haunted by a spirit from the graphic novel she is working on, played by genre veteran Stephen McHattie (A History of Violence, Pontypool). The film also stars Enrico Colantoni (Stigmata, Galaxy Quest), Jennifer Dale (Of Unknown Origin) and Mark O’Brien (Arrival). 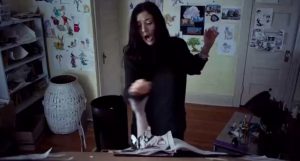 Raven Banner put The Dark Stranger out on DVD and VOD in Canada. A US VOD release is planned for October through Terror Films.