Dark Sky Films plans to release the gothic fairytale The Dark on 15th January 2019. From director Justin P. Lange, the film has been described as one of the best horror films of the year, with it being praised for its emotion and chills alike. 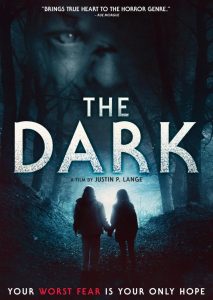 On the outskirts of a small town lies Devil’s Den, a mysterious tract of woods where many have entered but no one has ever left. The local legend is that the spirit of a girl who was horrifically murdered there haunts – and hunts in – this dense forest, brutally slaying anyone who dares to step into her terrain. When a young man with a dark past crosses her path, a series of events are set in motion that may lead to redemption for two tragically tortured souls.

The story sounds similar to Let The Right One and if it can conjure up a similarly touching story about friendship, but offer lots of blood and gore too, this could be another important monster tale for our time.

Look out for The Dark in January, it stars Nadia Alexander, Toby Nichols, Karl Markovics.