Synopsis:
Nick di Santo (Luke Kleintank) has a gift. When he touches people, he receives horrific, vivid visions of their violent deaths before collapsing into a seizure. Upon his 23rd birthday, Nick receives the deeds to an old, abandoned house that he has been drawing since he was a child – despite the fact that he, up until this point, has never laid eyes on it. Enlisting the help of his friend Ryan (Anthony Rey) and girlfriend Eve (Alex McKenna), the three travel to the site of the property, but soon discover that it holds a dark secret and that sinister forces are at work…

In terms of creating an effective, creepy horror film, Victor Salva’s latest effort certainly hits the mark. The film draws heavily on the backwoods horror subgenre through the commonplace trope of having a group of young friends travel through rural America to locate a newly-inherited property. Of course, these situations rarely go smoothly, and when they arrive at a local diner to ask directions, dubiously-motivated locals inform them via predictably vague explanations that the existence of the property they are looking for is considered an urban myth.

Our three heroes push on, undeterred, and enlist the help of three state ordnance surveyors; Chris (Zack Ward), Lilith (Lacey Anzelc) and Sam (Ethan S. Smith).
Of course, horror fans have seen this all before, but Dark House actually manages to sustain an effective atmosphere and build sufficient tension to give viewers the patience to see beyond the clichéd tropes. The more we discover about the house, the more we realise that our sense of perception is skewed, and that characters are not necessarily what they seem.

There are some interesting ideas thrown in, thematically but also aesthetically. A group of axe wielding hobos who defend the house against the new intruders initially appear simply odd, as they traverse while hopping along sideways, dragging their axes along the ground. However, this unconventional and unpractical gait eventually becomes rather creepy and effective in sustaining horror through what might otherwise be wholly un-thrilling chase scenes.

Also, try as they might, the characters are unable to escape the grounds of the house, even despite driving for miles down a straight road in the opposite direction (during scenes reminiscent of the infamous river conundrum in 1999’s phenomenal Blair Witch Project).

As one might expect, dark, religious, occultist material eventually works its way into the script, creating a few twists and preparing for a climactic showdown between good and evil.
All this makes for a competent and engaging film; however it’s hard not to feel that both performances and budget let the film down somewhat. Di Santo, it must be pointed out, is a rather unlikeable protagonist. Whether a poor performance, shaky scripting or inept wardrobe, he is nowhere near as authoritative, ‘cool’ or rebellious as we are clearly supposed to believe. At some points there are hints of overacting on Kleintank’s part, as he is irritatingly energetic, assuming an audience sympathy with the central character that hasn’t really been earned. If we as viewers are to engage positively in the twists and turns that befall the protagonist, the film must first ensure that we are on their side. As he comes across as rather self-centred and unnecessarily enthusiastic, this is not always the case.

A further point of annoyance comes via the decision to make Di Santo’s girlfriend Eve eight months pregnant. Considering this aspect of the storyline only pays off at the close of the film, it is difficult to justify having a central character be so burdened with a heavy pregnancy during the many chase-and-hide scenes that the film contains. It ends up an unnecessary inconvenience that merely hinders the development of one of the most interesting characters and strongest performances in the entire film. If we are to truly invest Eve’s wellbeing as a pregnant woman, we need greater character development and a truly satisfactory pay-off; neither of which the film manages to sustain.

Tobin Bell, who viewers will recognise from the Saw films, puts in a good performance with what is a rather predictable and familiar character. Initially presented as a menacing, threatening guardian of the house, his motives become clearer as the story progresses.

One of the film’s central plot lines is a disembodied voice that speaks to certain characters through ventilation shafts. This is an interesting idea, however distinctly un-terrifying and ultimately falling flat. It wouldn’t be too unjust to come to the conclusion that one of the film’s core problems is that it attempts to do too much at once. Perhaps just one or two of these central thematic strands could have been pursued, leading to a more successful, engaging and developed horror film.

This release from Kaleidoscope is rather disappointing in that it features no special features, other than a theatrical trailer. While the film is presented in high quality and looks stunningly crisp and clear, you can’t help but feel that fans both expect and deserve more for their money from new releases such as this. 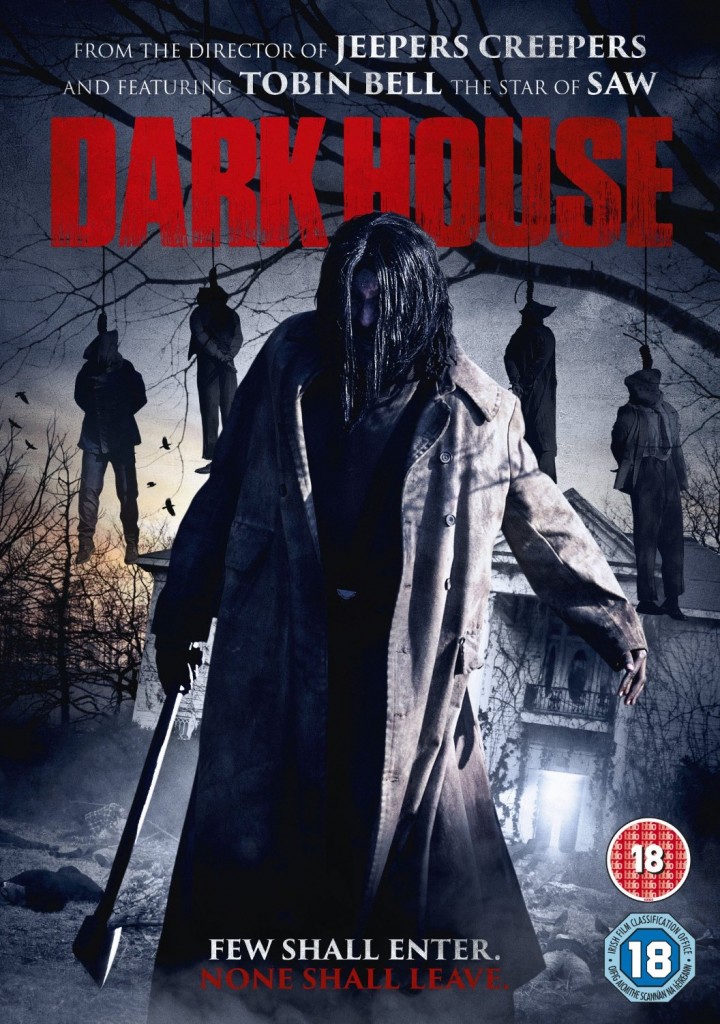