Synopsis:
Penny and Alex are expecting their first born child. Anxious to complete their perfect portrait of family life, they head out to a dream home in the country. The house couldn’t be more perfect, and the location is a great comfort to Penny, who has been experiencing nightmares over  impending motherhood- she worries the city is not the place to raise a child. But it’s all quite natural, and the couple believe the new home will be a fresh start for them all. Of course there will be some adjustments; Alex, a musician, is used to the social nature of city living, but hopes the new quiet will bring the opportunity to immerse himself in his music. Penny on the other hand is looking forward to a new project, building their family home. What could go wrong with this scenario? Well, Penny and Alex are about to discover the grass isn’t always greener, and that a new country location might not be the blessed sanctuary they had hoped for.

Director Paul Soter presents, what appears to be on the surface, an A-typical creepy house scenario to his audience, with this low-budget horror offering DARK CIRCLES. However, quickly demonstrating first impressions are deceptive as his central premise veers into some unexpected territory early on in the game. Using the idea of new parenthood- and all the sleep, or lack of, related joys that prospect offers- allows the story to take on a number of interesting levels. We have the idea that a couple are isolated in their new lives, both from their former socially mobile living, and also by their location. It is likely that Soter- who also wrote the script- was going through similar changes in his own life or possibly inspired by the experience of someone he knew, at least, as many of the facets ring true. When the couple arrive at their location they quickly find the peace they so long for is disrupted by a baby that refuses to sleep. Twin that with some noisy builders during the day, and we have a recipe for disaster. This in turn leads reality and nightmares to blur; the couple sleep walking through their daily lives, becoming more and more drained in the process. As sleep eludes the two, the pressure is on and this creates a friction in their relationship, ultimately leading both to states of anxiety and paranoia. But this is not all that is going on, as Soter, not content with the horror dirty nappies and lack of sleep represents, drops in the aspect of a presence in the house, and all the associated tropes alongside it.

DARK CIRCLES will appeal to those who enjoy a good old haunted house yarn with a twist. But be aware this is anything but orthodox in its rendering. Soter’s tale comes with a little sting in its final blow, demonstrating some ingenuity and a desire to escape the limited margins of the sub-genre; there also comes a meshing or hybrid of themes into succinctly differing territory, moving into another horror sub-strand all together for its parting shot. However, the bulk of the piece relies on a combination of mood and jump shock tactics- if this type of experience works for you, DARK CIRCLES is extremely proficient at what it sets out to do. So we have the old omnipresent rumbling score, twinkly inoffensive piano music which slams into loud startling bangs once you have been lulled into a false sense of security, and the use of sound applied effectively to encompass a nervy atmosphere throughout. There is also that age old trick of what was that in the mirror? A ghostly figure? Blink, it’s gone, BANG, no it’s there lunging into shot. While these cattle prod tactics are great for bringing in suspense, there is a tendency to over use them in the modern day genre. Thankfully with the sub-plot here that involves the central characters and their relationship breaking down, there is some respite. Soter is clever not to overstate his hand, demonstrating that less is definitely more in the case of the jump scare.  The mood becomes tense under these circumstances, the viewer constantly aware that something might boom into shot at any given moment. Despite the attempt at deep undertones and psychological implications DARK CIRCLES is a film that predominately works on a sensory level.  The film and its associated twists also provide the basis to have some bloody and violent scenes that are usually absent from your straight up haunted house classically motivated piece. This comes as a welcome surprise and the effects, when used, are rendered especially well for a low-budget feature.

The film has a limited cast, the focus being on Alex (Johnathon Schaech) and Penny (Pell James), with both co-leads doing a decent job with the material they are given to work with. Both roles demand emotionally intense performances and it is fair to say this is done with a level of restraint that inhibits unintentional histrionics, from both players. This said the fatal flaw in the foundations of both character bases is that we see them at their very worst most of the time, and therefore it is very difficult to envoke any sympathy for them. This is not the fault of Schaech or James but the fact that the script dictates that they must indulge in petty bickering, nasty squabbling, and general whining for a large portion of the plot. Not that this makes much of a difference to the outcome, the film serves to chill, and does so quite effectively regardless of the main characters. 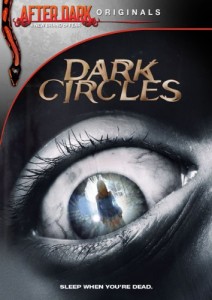