Dario Argento “Never Got a Call” About Suspiria Remake 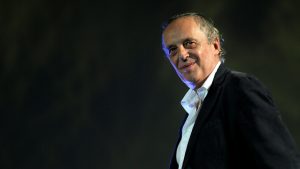 With things finally looking to be moving with the long-rumoured (and wholly divisive) remake of his seminal horror classic Suspiria, Dario Argento has spoken out about his thoughts about the project, and his lack of consultation on it.

The legendary director talked to Indiewire from the Locarno Film Festival, where he is fulfilling the role of president of the ‘Filmmakers of the Present’ jury. “I’ve been waiting for this project to come about for so many years,” he said of the remake. “But what’s really absurd — really unbelievable — is that I have never, ever been asked about it. I mean, I never got a call or anything, asking me about casting, locations, whatever. I know nothing about this project except what I read in the papers. I repeat: I have never, ever been asked about it.”

Argento was then asked what input he might have were he to be called upon by the production. “I might give some advice on the screenplay, the script, maybe the locations,” he replied. “I heard that this remake, if it’s ever made, will be shot again in Europe. So I might be able to provide useful advice about that. But, honestly, I do think it would be better if it wasn’t remade.” 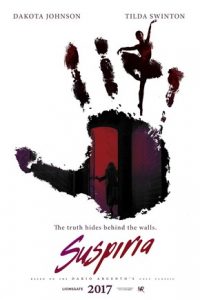 He went on to say that “…the [original] film has a specific mood. Either you do it exactly the same way — in which case, it’s not a remake, it’s a copy, which is pointless — or, you change things and make another movie. In that case, why call it ‘Suspiria’?”

Acclaimed director Luca Guadagnino (I Am Love) has long been attached to the new vision of Suspiria, with Tilda Swinton and 50 Shades of Grey’s Dakota Johnson set to star.

Argento is reportedly still trying to make Sandman with Iggy Pop, although the film faces severe delays due to disagreements between its various producers.