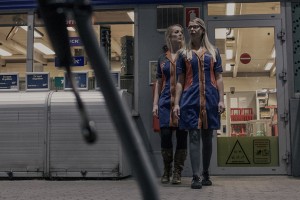 Danish producer Søren Juul Petersen is turning his hand to directing with Finale, a grim tale based upon the novel Alt Det Hun Ville Ønske Hun Ikke Forstod (loosely translated: All She Wished for, She Didn’t Understand), by horror author Steen Langstrup.

The film is the first from production company Frightgeist, the brainchild of Petersen and Jacob Kondrup, who produced and edited Finale. Shot in Denmark and Germany, the film is one of the first “high concept, smart 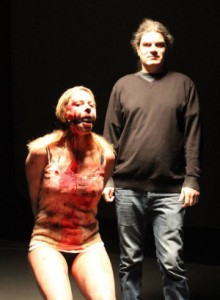 horror” films from Denmark, according to the producers, who declare it to be “standing on the shoulders of the Scandinavian noir tradition of intense drama with three-dimensional characters.”

Finale is set on a night when virtually the whole population of Denmark is watching a sports final on TV. At a remote petrol station, two girls working the night shift encounter a string of strange and unique customers.

“On the surface Finale is about two girls and their nightshift during the night of a big sports final,” explains Petersen. “But deeper down it deals with the boundaries of modern entertainment, the morbid curiosity of the human mind and the discovery of ‘The Dark Web’.

“Steen Langstrup’s award-winning novel is really the star of this film with its clever structure where layers are peeled off as the story progresses.”

Currently in post-production, Finale is due to appear in July. No news on international release dates as yet.