Dan Trachtenberg will direct an Episode of Black Mirror 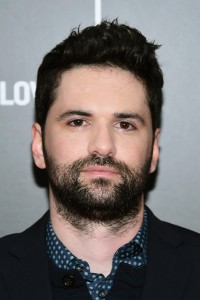 Hot off the heels of 10 Cloverfield Lane, Dan Trachtenberg will be directing an episode of Netflix’s third series of Black Mirror. Black Mirror is a UK series created by Charlie Brooker, but has since garnered a lot of attention in the USA thanks to the show’s presence on Netflix. This has lead the new season to be commissioned by the VOD service.

When speaking about Black Mirror’s new home on Netflix, Charlie Brooker said, “Netflix connects us with a global audience so that we can create bigger, stranger, more international and diverse stories than before, whilst maintaining that ‘Black Mirror’ feel. I just hope none of these new story ideas come true”.

Additional directors that have signed on to direct episodes include Joe Wright (Atonement, Hanna) and Jakob Verbruggen (Code 37, The Fall, House of Cards). Stars of the series, so far, include Bryce Dallas Howard, Gugu Mbatha-Raw, Mackenzie Davis and Alice Eve.

As with the previous 2 seasons, the new season will feature episodes that are linked only by recurring themes and topics, with each episode having a different cast, story and setting. If the new season follows suit, then we should be in for another set of quietly disturbing and shockingly relevant set of thought-provoking episodes.

Black Mirror season 3 will hit Netflix later this year, so now is the time to catch up with the previous 2 seasons. You won’t regret it, because they are fantastic!