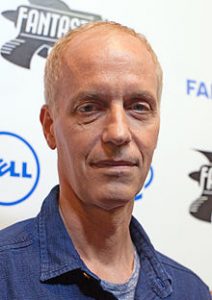 Dan Gilroy (pictured right) is currently on the production of his next feature endeavour and it’s going to be a horror film. The Nightcrawler director will also be re-teaming with Jake Gyllenhaal for the flick, which additionally stars John Malkovich, Rene Russo, Natalie Dyer, Daveed Diggs, Toni Collette, Zawe Ashton and Tom Sturridge.

The plot details are vague at the moment, but the film will follow a clash between artists, collectors, art and commerce. We wonder how the horror element is going to slot in…

The film is currently untitled, but is set to be released on Netflix later this year. We’ll keep you updated with the news surrounding the project as it comes.