Herriman is Charles Manson in Once Upon a Time in Hollywood 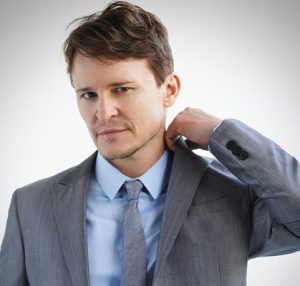 Quentin Tarantino’s Once Upon a Time in Hollywood has secured its Charles Manson and he will be played by Damon Herriman (pictured right). You may recognise him from the series No Activity, Quarry or Incorporated, but he’s also had roles in Top of the Lake and 2012’s 100 Bloody Acres.

The main events of the film will follow Rick Dalton (DiCaprio) and Cliff Booth (Pitt), stars of a Western TV series, as they struggle to make it in Hollywood. Tying the film’s story to the Charles Manson murders comes with Rick living next door to actress Sharon Tate (Robbie).